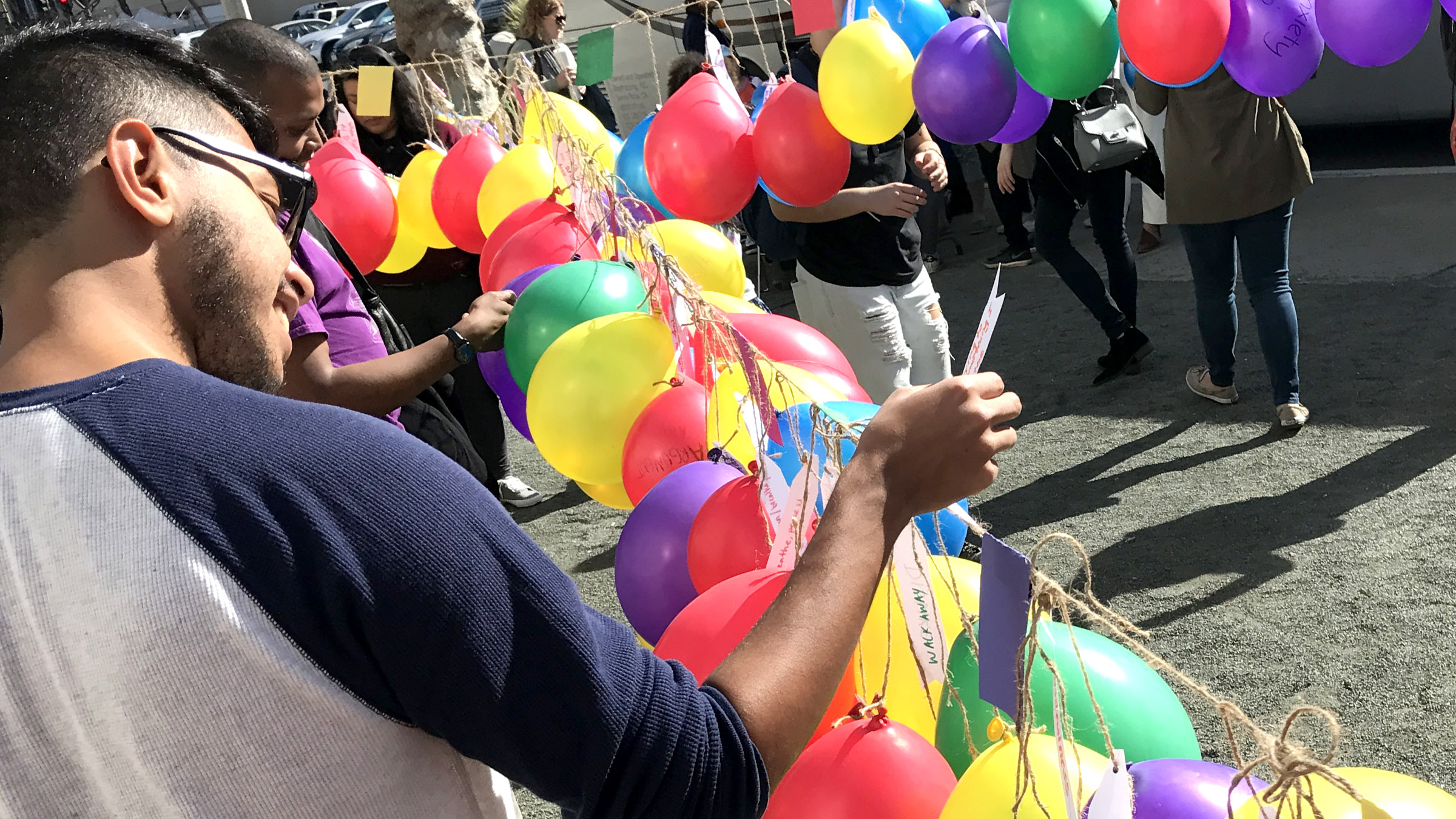 I worked with Marie Applegate to design and install a public art piece inspired by the Atlas of Emotions. Participants were invited to roll an enormous emotional die and then proceed to an ’emotion-station’ where they could reflect on how their emotions are triggered and what they do as a result. They then added their constructions to a large community ‘garden’ where people could investigate others’ experiences. Additional stations, like pin the emotion on the human, and an archive station sponsored by the sf public library, rounded out the experience and offered additional entry points for exploring and sharing emotional experiences.

Our event ran for three hours on February 4th 2018 and attracted between 5000 and 7000 participants from the general public on superbowl sunday. Although we only posted on facebook to our personal networks, and we did not purchase any paid promotion, our event was seen by 500k people, 23k of whom expressed interest.

The SF Chronicle ran a piece on the installation. We had a ton of fun. 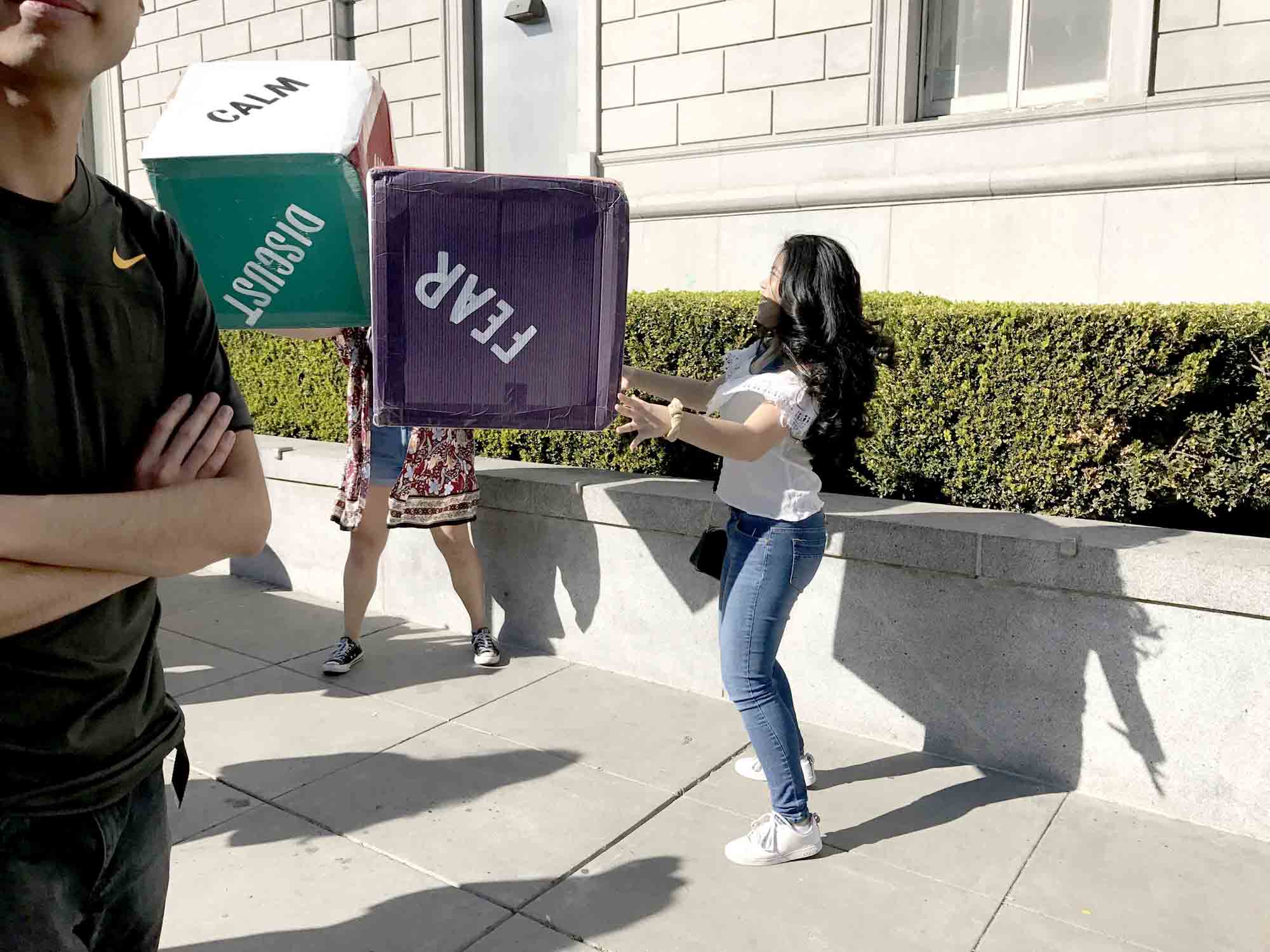 Participants of all ages rolled an enormous ’emotional die’ to choose the emotion that they would explore. 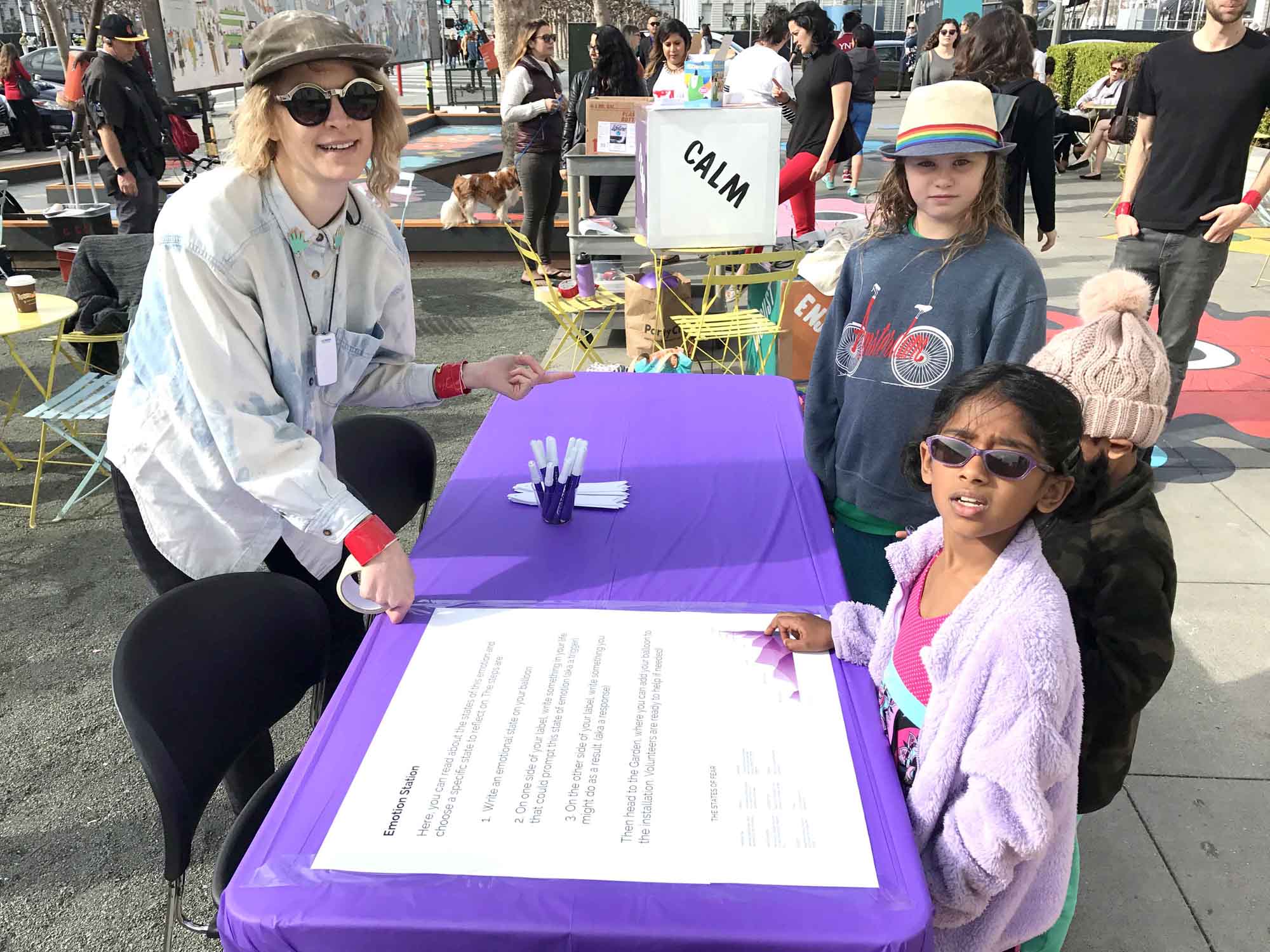 Next, they logged the triggers and responses that they associated with emotional states like ‘dread’ and ‘anxiety’ here at the ‘Fear’ station. 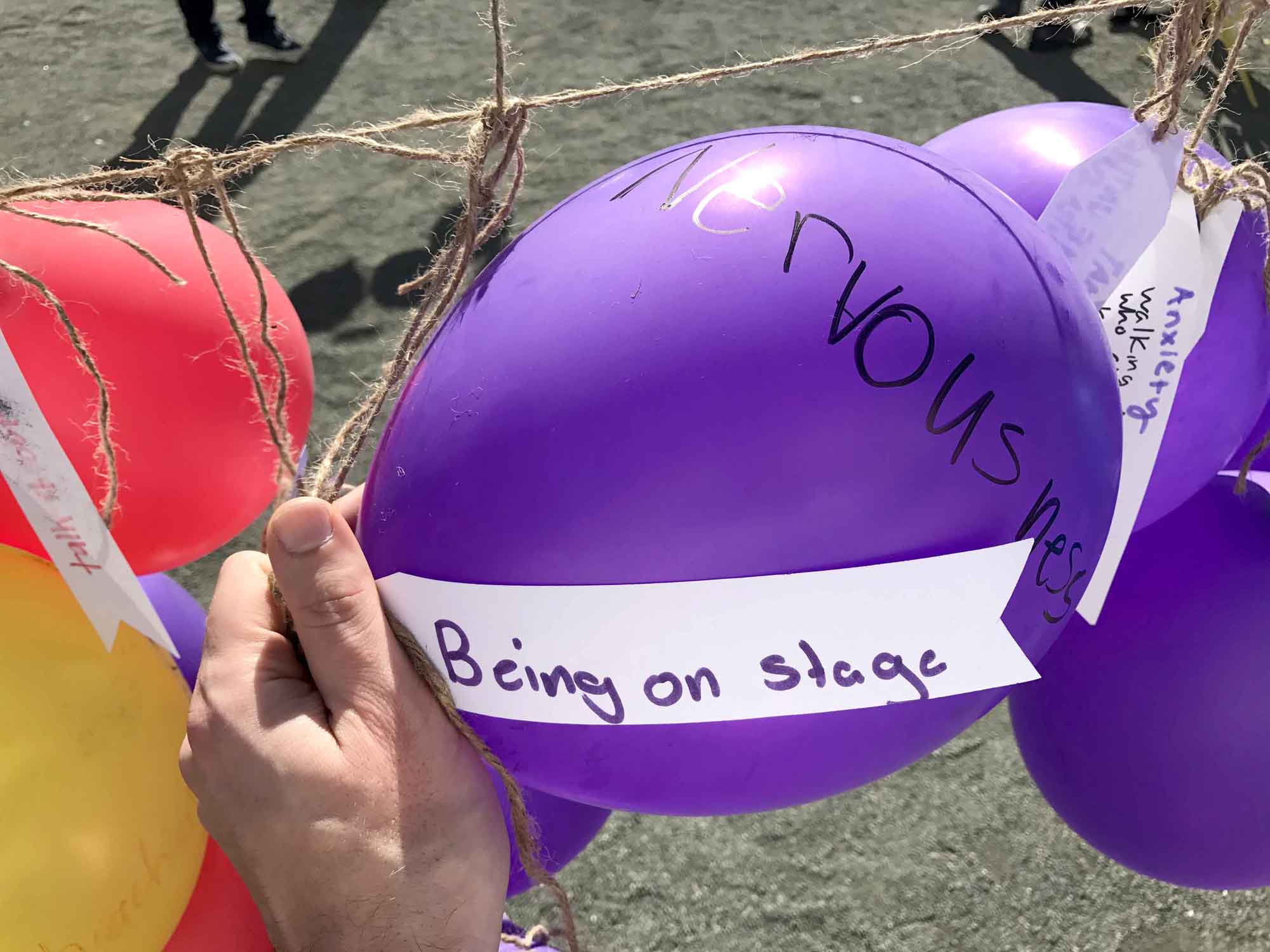 They then added their balloons to the community garden of emotions. 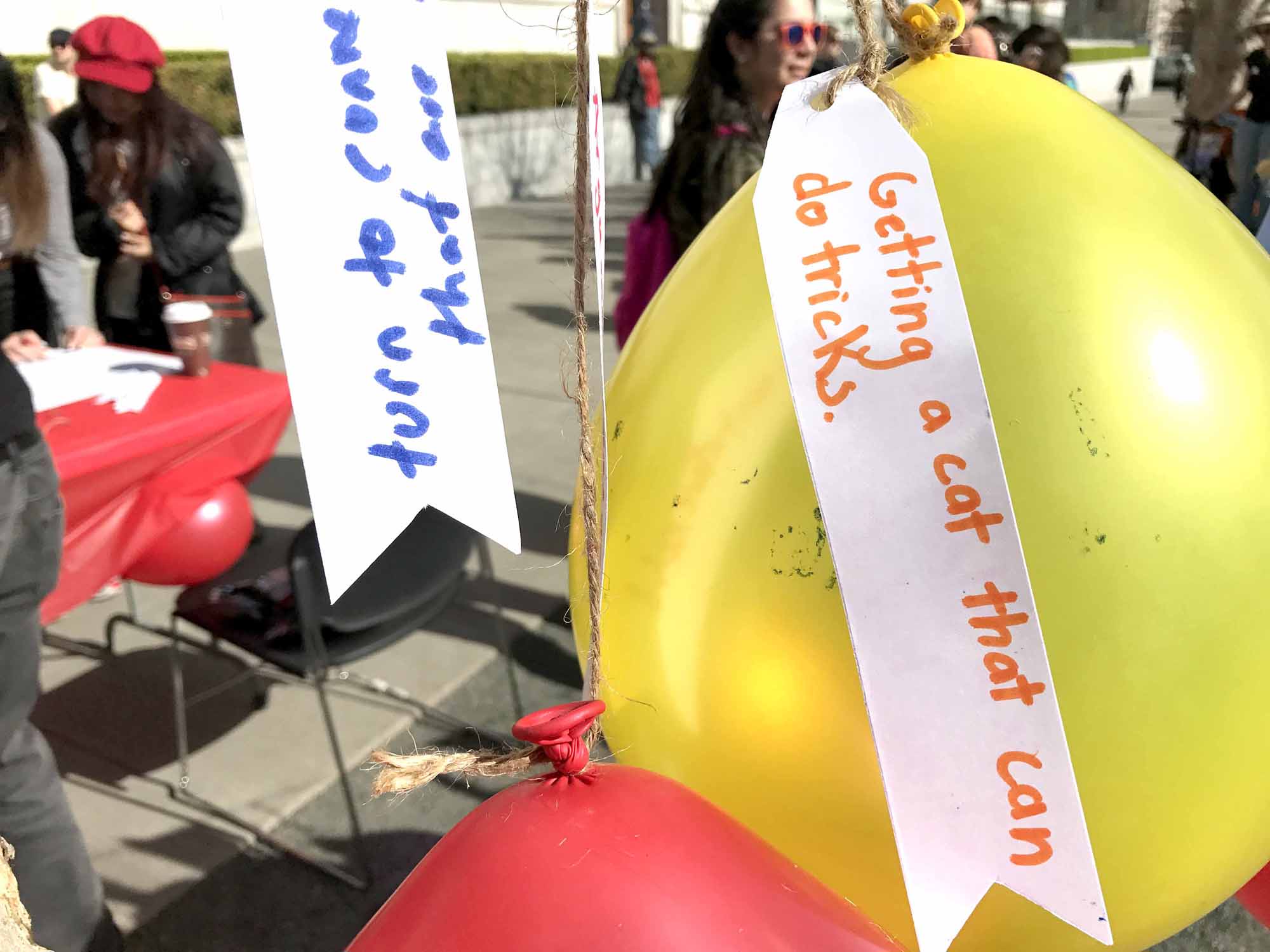 It was fun and interesting to browse the triggers and responses people associated with emotions, such as the ‘excitement’ represented by this yellow balloon. 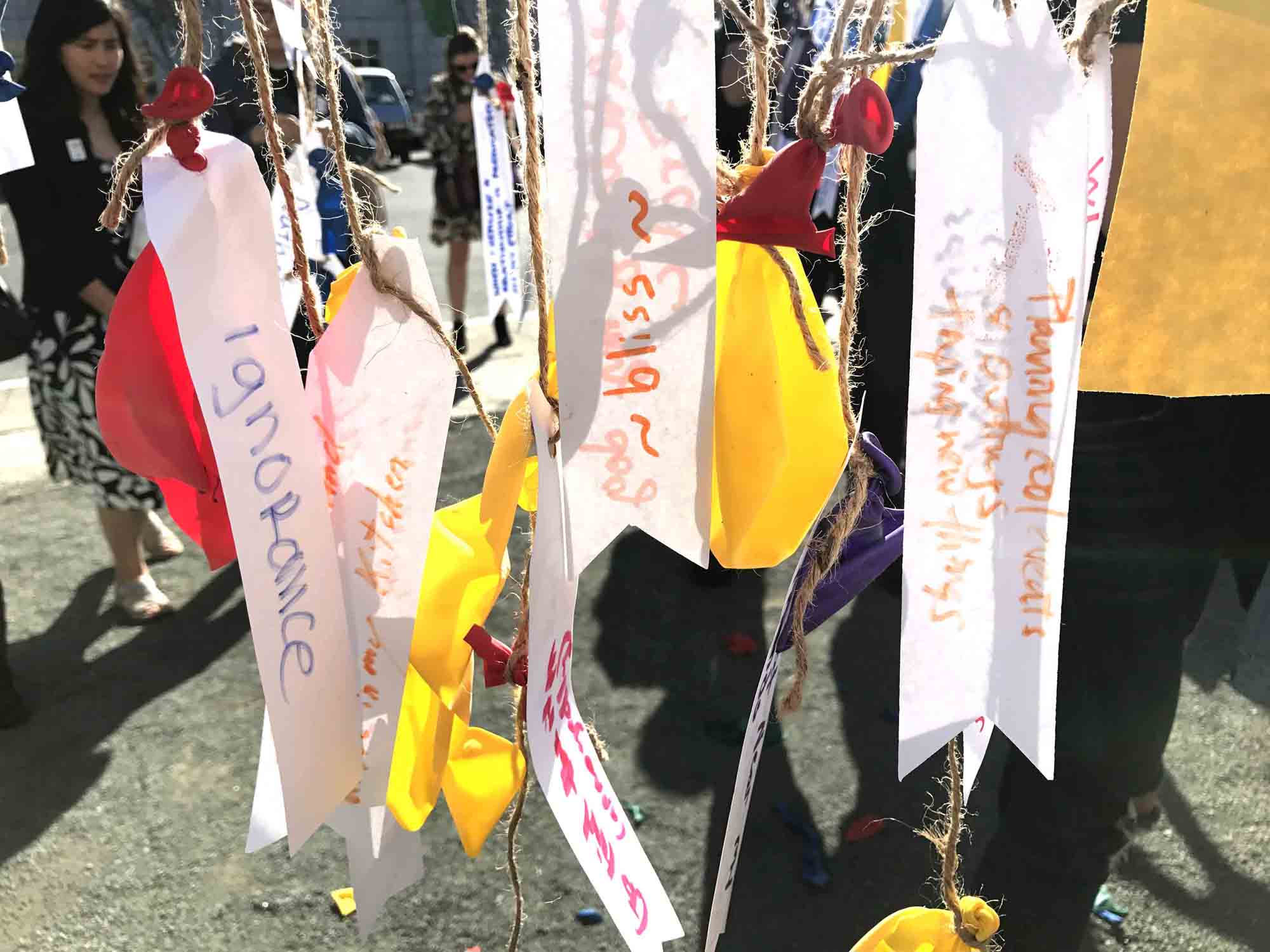 At the end of the day, a crowd of eager people with toothpicks assembled in the garden to pop all of the balloons together and help clean up. 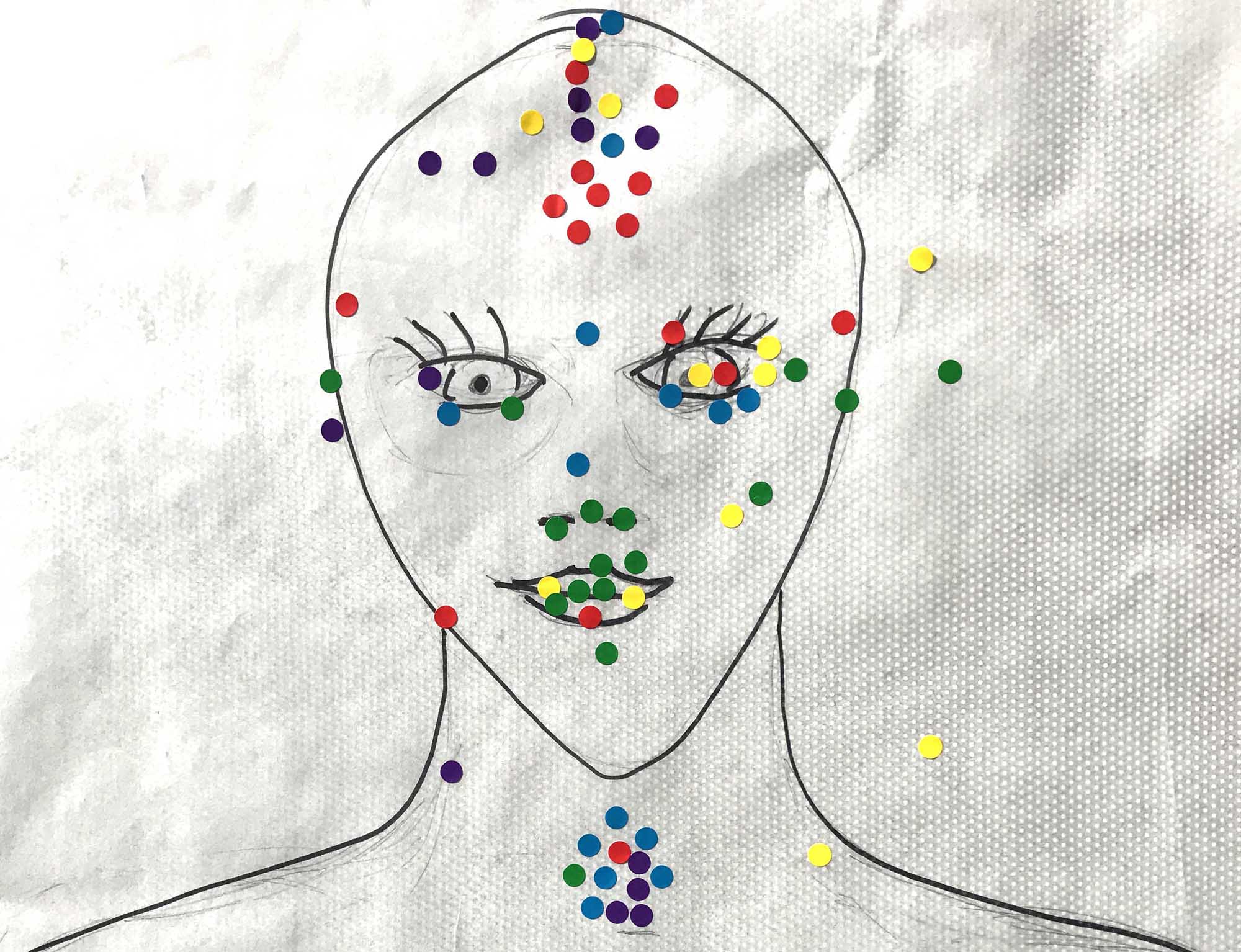 “Pin the emotion on the human” was a station where people could share the place on their body where they feel the five universal emotions explained in the atlas.
Type of work
Art, Design
Client
SF Asian Art Museum
Completion Date
Feb 4th, 2018
SHARE :
Tweet